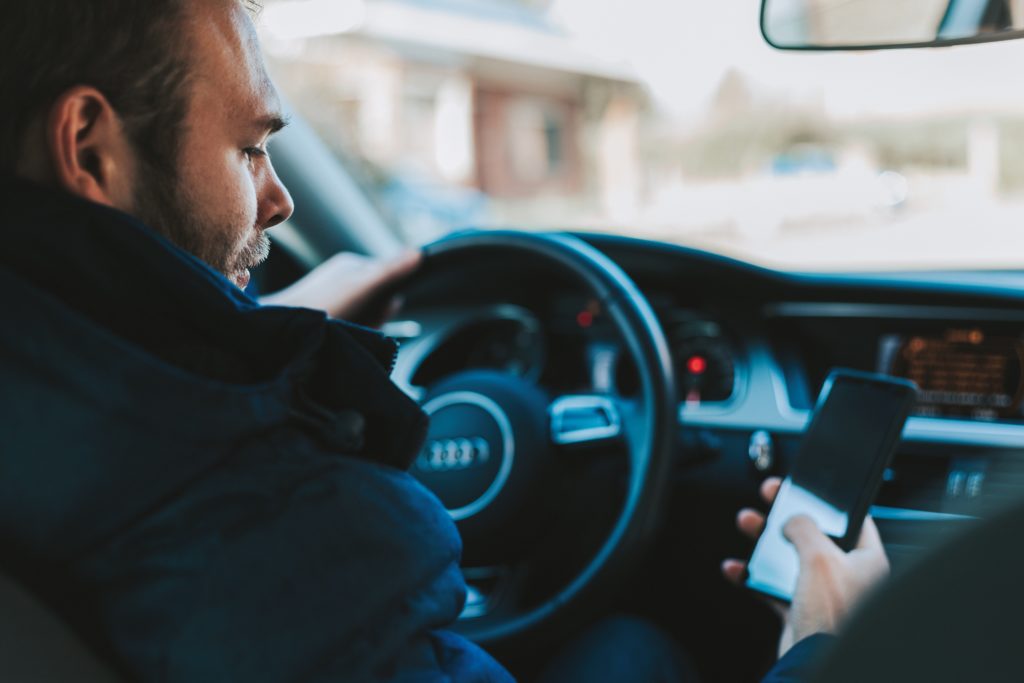 Cracking Down on Distracted Drivers: Texting While Driving

Aside from the possibilities of steeper fines and court costs, the harshest penalty a driver could face for texting while driving in Illinois is a suspended license. In Illinois, a driver who receives three moving violations within one year will have his/her license suspended. This means that along with any tickets for speeding, improper lane usage, etc., a driver will be dinged for using an electronic communication device while driving. This can create serious problems for drivers who have received a moving violation within the last year due to the fact that it is so easy for police officers to issue a citation for texting while driving or similar offenses.

When Can I Use My Phone?

In Illinois, it is almost never acceptable to use an electronic communication device while driving. Officers can (and will) issue citations to a motorist who manipulates his electronic device in any way, shape, or form, while driving. Each of these acts is considered a violation in Illinois:

There are three exceptions in which a driver is permitted to use a cell phone that is not hands free. These exceptions are:

Why So Strict? — Texting While Driving Statistics

Although there is no way of knowing the exact reason for the increases in penalties for texting while driving in Illinois, looking at distracted driving statistics may shed some light on the matter. According to the National Highway Traffic Safety Administration (NHTSA), there are nearly 660,000 drivers using their cell phones while driving at any given time. The NHTSA also claims that almost 1 in 6 injury crashes involved distractions and, of those crashes, cell phone use was reported in an estimated 21,000 crashes.

Texting while driving can have some serious consequences. Whether you’re a first-time offender, or at risk of having your licensed suspended, Johnston Tomei Lenczycki & Goldberg, LLC, in Libertyville is here to help you. Our skilled lawyers will help keep your driving record clean and keep you on the road. So, what are you waiting for? Call Johnston Tomei Lenczycki & Goldberg, LLC, today. Just be sure to pull-over before you do!